Hunter Hewitt is a proud graduate of San Diego State University. He played tight end on the football team, but he did more than just hit the gridiron on a daily basis.

Hunter studied journalism at SDSU. He loves writing and sports, and he wanted to find a way to combine the two passions and find his niche in the world of sports journalism.

As a student-athlete, Hunter did not have the time to gain valuable internship experience — a problem that many college athletes face — and boost his resume like other students.

He did, however, have a platform that most others in his field do not have.

He had the ability to write about the team he was a member of.

Hunter created this blog to do something unique during his senior season, his fifth season on the team. He wanted to give Aztec fans across the country a chance to learn about current players, past players and others associated with the football program.

Originally, the blog focused on the incoming Aztecs. Each day during training camp, Hunter released a question-and-answer piece about each member of the 2012 signing class. 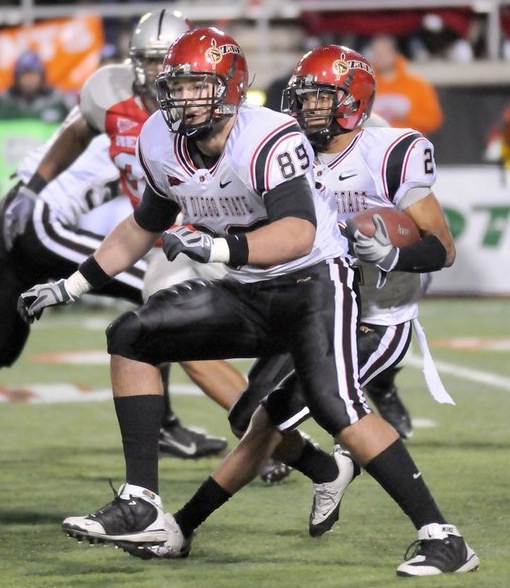 The next phase focused on the present and the past. During the season, Hunter published a story each week on a former and a current SDSU player. These were dubbed Throwback Thursday and Feature Friday.

Additionally, each Wednesday, he published a story on someone who contributed to the football program behind the scenes. Trainers, equipment staff, video staff, academic advisors and others were showcased in these stories. This series was called Warrior Wednesday.

Hunter also published several brief posts throughout the season, giving insight and updates on everything that occurred.

His goal was not only to practice and showcase his writing, but also to give others a chance to learn about the incredible people he was blessed to be around on a daily basis.

“I can do all things through Christ who strengthens me.” -Philippians 4:13