When veteran running back Willis McGahee was released last week, the Denver Broncos made a clear statement.

‘Aztec For Life’ Ronnie Hillman is one of those young backs, and he is expected to see an increased role in 2013. The second-year pro Hillman and rookie Montee Ball have seen the most action in team activities so far this offseason, and both are fiercely competing for the starting job.

Hillman appeared on NFL Total Access yesterday and talked about the competition for the starting job, the pressure of playing with future Hall of Famer Peyton Manning, and his goals of having a career similar to those of San Diego legends Marshall Faulk and LaDainian Tomlinson.

Aztecs in the NFL: Ronnie Hillman

Current Aztecs in the NFL 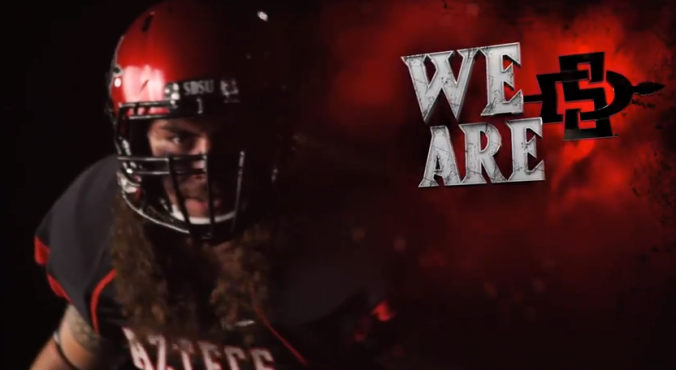 In just 74 days, San Diego State kicks off the 2013 season at home against Eastern Illinois. The game is set for 5 p.m. on Aug. 31 at Aztec Warrior Stadium (also known as Qualcomm Stadium).

Check out this promotional video from GoAztecs.com with head coach Rocky Long, running back Adam Muema and linebacker Jake Fely. Also, if you haven’t already, get your season tickets!

Aztecs in the NFL

The SDSU Track and Field team won the MW Indoor Championships in February, but weren’t satisfied with just one trophy.

The San Diego State track and field team won the Mountain West Indoor Championships in February, but that wasn’t enough.

As a school, San Diego State won its tenth conference championship on Friday when the softball team defeated UNLV, but that also wasn’t enough.

Once again, the Aztecs wanted more.

The track and field team won the MW Outdoor Championships on Saturday, securing the 11th conference championship for San Diego State during the 2012-13 academic school year.

As if raising another trophy wasn’t enough, the Aztecs earned some conference honors as well. Head coach Shelia Burrell was named the Women’s Coach of the Year, and junior Allison Reaser was named the meet’s Most Outstanding Performer.