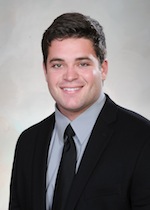 The fifth in a daily series of Q&A’s with the 2012 signing class.

Austin Maass is a 6-foot-4, 270-pound offensive lineman from Mission Viejo, Calif. He had a very successful career at Mission Viejo High School, which is consistently one of the top high school football programs in the state. Maass was a two-time All-CIF and all-state offensive guard in high school.

Maass joins four other offensive lineman in the 2012 signing class. He and the others will be counted on following the 2012 season, as there are currently four seniors on the offensive line who will leave the program after this year.

Maass had ties to San Diego State even before joining the team, as his uncle attended the school and his brother is currently enrolled. He will wear No. 74 for the Aztecs.

Q: Why did you choose SDSU?
A: I chose San Diego State because it’s pretty close to home and it was a good fit for me. I felt comfortable here.

Q: How were the summer workouts for you?
A: They were pretty rough, but it’s what I expected and it’s nothing I can’t handle. It’s definitely a lot of hard work.

Q: Have you picked your major yet?
A: I haven’t picked a major yet. I’m still undeclared but I’m leaning towards journalism.

Q: What are you most excited for leading up to your first semester at San Diego State?
A: I’m definitely most excited for the first game against Washington. Hopefully I’ll get to travel up there with the team and see what it’s like. That would be a really cool experience for me.

Q: What do you like to do during your spare time?
A: I like to go fishing during my spare time. I actually went with Seamus (McMorrow) and it was really fun. I like riding my skateboard around too.

Q: Who are your favorite professional sports teams?
A: I’m partial to the Los Angeles Clippers. I also like the Oakland Raiders.

Q: Is there any athlete that you look up to or try to model your game after?
A: I look up to Michael Phelps. I like his work ethic and how he gets the job done.

Q: If you weren’t a football player, what sport would you be playing?
A: I would be playing baseball. I played designated hitter in high school.

Q: What was it like coming from a very successful high school program like Mission Viejo?
A: It was definitely a good feeling being able to win a lot. Hopefully it will carry over here and we can win a lot of games here. I want to carry the winning attitude and mentality here.