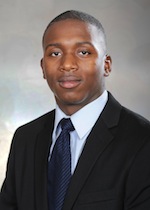 Damontae Kazee is a 5-foot-11, 175-pound defensive back from San Bernardino, Calif. He comes to San Diego State after an impressive high school career at Cajon High School, where he was a standout performer on both sides of the ball and was a three-time All-CIF athlete. He joins his older brother, Walter, who is a senior running back for the Aztecs.

Kazee, who was recruited by some schools as an athlete, will likely play cornerback for SDSU. With starting senior cornerbacks Leon McFadden and Josh Wade leaving the team after the 2012 season, Kazee will likely make a serious push for playing time in 2013. He will wear No. 23 for the Aztecs.

Q: Why did you choose SDSU?
A: I chose San Diego State because I really like it out here. I love the weather, and also my brother goes here so that helped my decision.

Q: How were the summer workouts for you?
A: They were hard, I was dying in there. I never really lifted weights in high school so the weight room has been hard. I have to get used to it.

Q: Have you picked your major yet?
A: I haven’t picked my major yet, but I’m interested in criminal justice.

Q: What are you most excited for leading up to your first semester at San Diego State?
A: I am excited to live in the dorms and be on my own.

Q: What do you like to do during your spare time?
A: I like to just go to sleep. I sleep and I wake up and text and hope my phone doesn’t die.

Q: Who are your favorite professional sports teams?
A: I don’t have any favorite teams. I like to follow certain players.

Q: Is there any athlete that you look up to or try to model your game after?
A: My favorite football player is Randy Moss. I’ll be following the 49ers a lot this season because of him.

Q: If you weren’t a football player, what sport would you be playing?
A: I wouldn’t be playing any sport. I would just be at home chilling and going to school. Football is the only sport I like.

Q: Can we expect anymore Kazee’s to come to San Diego State in the future?
A: Probably at least one more, hopefully my little brother. Maybe some of my kids or my brother’s kids too.