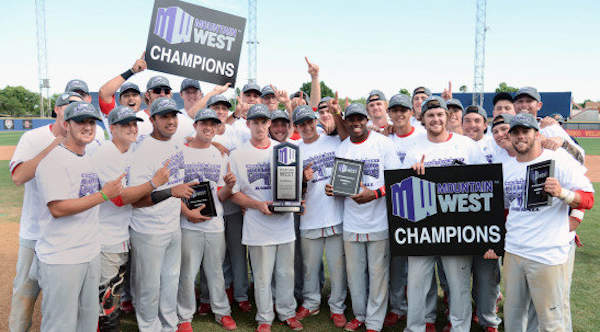 9 was impressive. 10 was amazing. 11 was borderline absurd.

12 conference championships is just not fair.

San Diego State continued its winning ways on Sunday as the baseball team beat No. 13 New Mexico to claim the school’s 12th conference championship in the 2012-13 school year. The Aztecs beat the Lobos 9-4 to win the 2013 Mountain West Tournament championship.

The Aztecs now advance to the NCAA Regional in Los Angles where they will face No. 10 UCLA on Friday, May 31.